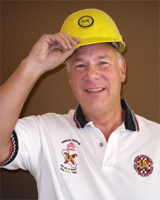 Chris R. Reinhardt, CIC has been involved with union ADR workers’ compensation programs in California since their inception in 1994. In addition, Mr. Reinhardt has been providing all forms of insurance to union offices, trust funds, individual members as well as contractor associations and their signatory contractors.

An ombudsman is a designated neutral person who provides confidential and informal assistance in resolving concerns and disagreements. An ombudsman investigates complaints, reports findings, and mediates fair settlements, especially between an individual or group of individuals and an institution or organization. As an independent, impartial, and confidential party, the ombudsman serves as an alternative means of dispute resolution by which issues may be raised, considered, given appropriate referral, and/or resolved.

When you participate in our ADR program, our ombudsman is available to help you during the life of your claim.

Our Master Ombudsman, the Honorable Richard A. Robyn, Sr. is a retired workers’ compensation judge.

“My time as a workers’ compensation judge for the State of California was very valuable to me, but it was also a frustrating time,” says Judge Robyn. “There were so many players involved in each claim fighting for a piece of the pie, that equity and efficiency were seldom achieved. I knew in 1993, when ADR programs became a legal option for the Unionized construction industry, that the possibilities for improving on the State system would be limited only by the creativity of the real parties in interest – the labor and management representatives at the bargaining table. The possibilities for privatized ADR programs for workers’ compensation were exciting then and remain so today.”

Chris R. Reinhardt, CIC, ADR Program Administrator, is proud to announce that K-C INSURANCE AGENCY has been selected as our Preferred Insurance Broker effective since August 1, 2015 based upon their expertise serving the construction industry since 1972.

An organizational ombudsman is a designated neutral dispute resolution practitioner whose major function is to provide independent, impartial, confidential and informal assistance. – Wikipedia

Call for a Quote Today: